In 1445, a section of the Syro-Chaldean Church resident in Cyprus entered into union with Rome.  Pop Eugenius IV even threatened with ex-communication anyone who dared to continue to call them “Nestorians”.

In 1552, owing t a contested patriarchal election, a division took place in the main body in their homelands and part seceded to Rome.  Pope Julius VI invested their leader, John Sulaka, as Uniate Patriarch on April 20, 1553. However, his eventual successor, Mar Shimun XIII repudiated the union with Rome in 1662 and is the predecessor of the Syro-Chaldean Patriarchs from then until the present time.

A group remaining in communion with Rome were for some years governed by a line of Patriarchs all bearing the name of Joseph, but on July 5, 1830, Pope Pius VIII suppressed the Josephite line and declared John VIII Homez to be Patriarch of Babylon of the Chaldeans and, as such, head of the Chaldean-Uniate Rite. 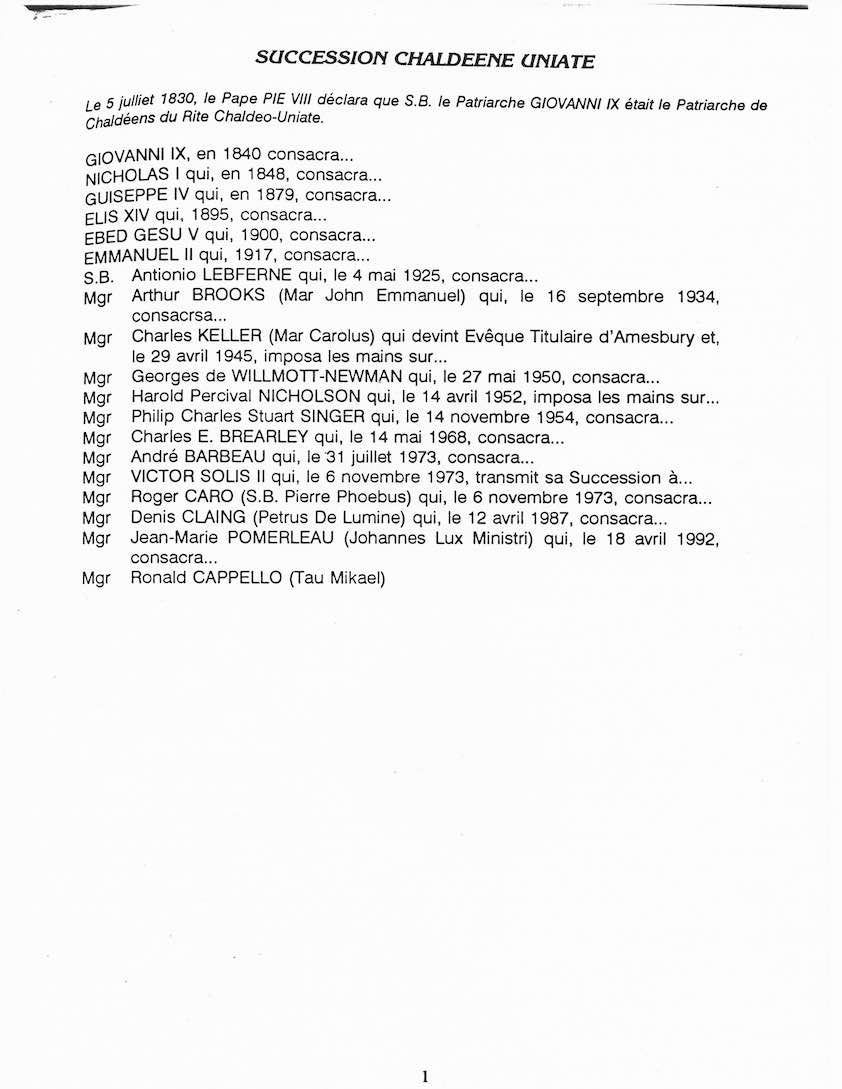