The Syrian-Jacobite Succession of Antioch

The Syrian-Antiochian Succession descends from several roots. The earliest, of course, is the ancient see of Antioch, founded by Peter and other Apostles. It was here that the Followers of the Way were first called “Christians.” In A.D. 451 the Council of Chalcedon declared the Antiochene Christology to be false, and Bishop Jacob Baradaeus of Edessa to be a heretic. The Bishop disguised himself as a beggar to avoid arrest and wandered about for the rest of his life as one of the Episcopi Vagantes, teaching and preaching from Egypt to Persia. He was such a holy man that his preaching started a whole series of conversions and the establishment of new churches.

Orthodoxy had rejected him, probably for political expediency. However, the histories of Church dogma will describe him as a Monophysite, or one of those who claimed that Christ had a single rather than a dual nature (one human, one divine). That is to say, he probably used the same Gnostic-Kabbalistic doctrine that the Alexandrian catechetical schools taught, and that may be original with the Master Jesus–that humanity is an emanation of Godhead, as the Prologue to John’s Gospel implies, and all people (Pharisees or Publicans) have the spark of Divine nature, or what modern Buddhists call the “Buddha Nature.” He also probably said that the Master Jesus was fully human and shared the same nature as all humanity. These have today become somewhat accepted ideas in Christian mysticism.

But to the ancient theologians he was known as the founder of that hideous “wrong opinion” that Christ has a single nature. Many contemporary Independent Bishops are Gnostic or Kabbalistic or Monophysitic in orientation. As opposed to Catholic Priesthood, which does the Blessing with two fingers extended to signify the dual nature of Christ, many of the independent Priesthoods consciously do the Blessing with only the index finger extended, signifying the unity of human and divine.

The same is true for modern descendents of the Nestorian and other Monophysite traditions. Like any other saint, Bishop Baradaeus started a whole revival of Christian religion from the Nile to the Euphrates. He transmitted the Apostolic ministry to those who were worthy, and the Jacobite or Monophysite churches were established as a perpetual bone in the craw of Western orthodoxy. They have survived the Moslem invasions of Egypt, and the later attempts of the medieval Roman church to take over its jurisdiction in Syria. The Patriarch of Antioch still maintains his authority, and the Liturgy of Saint James (Jacob) is still used. As a symbol of Christ’s unity, but perhaps more as a fraternal badge of courage in resisting imperialistic orthodoxy, the Jacobite Christians still make the sign of the Cross with one finger, not two.

Another line of succession was brought into the Syrian church in 1783, when a Roman Catholic Bishop, Mar Michael Garweh, was appointed to the See of Aleppo. There has undoubtedly been a co-mingling of Roman and Jacobite lines of succession since the same jurisdiction has been claimed by two churches for many centuries. In addition, Syrian-Antiochene Bishops have established ecumenical relations with other Third-World churches, such as the Malabar Christians of India, and co-Consecration has strengthened both successions. 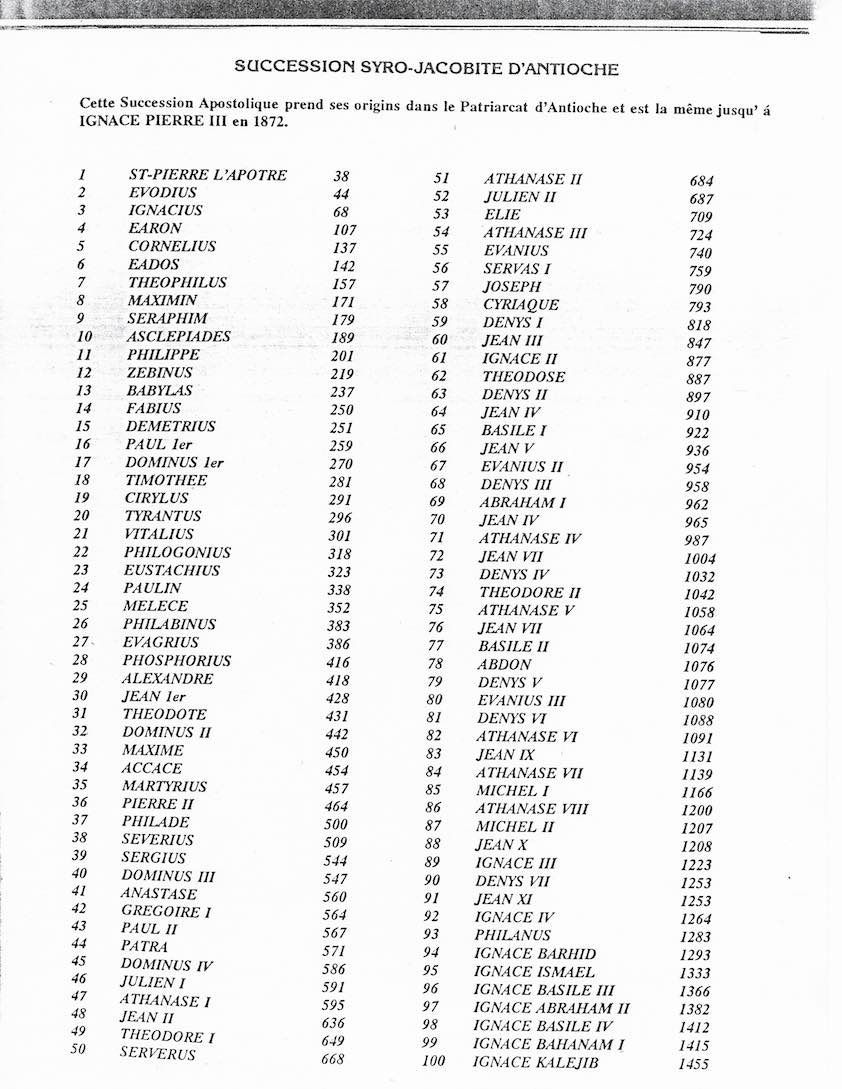 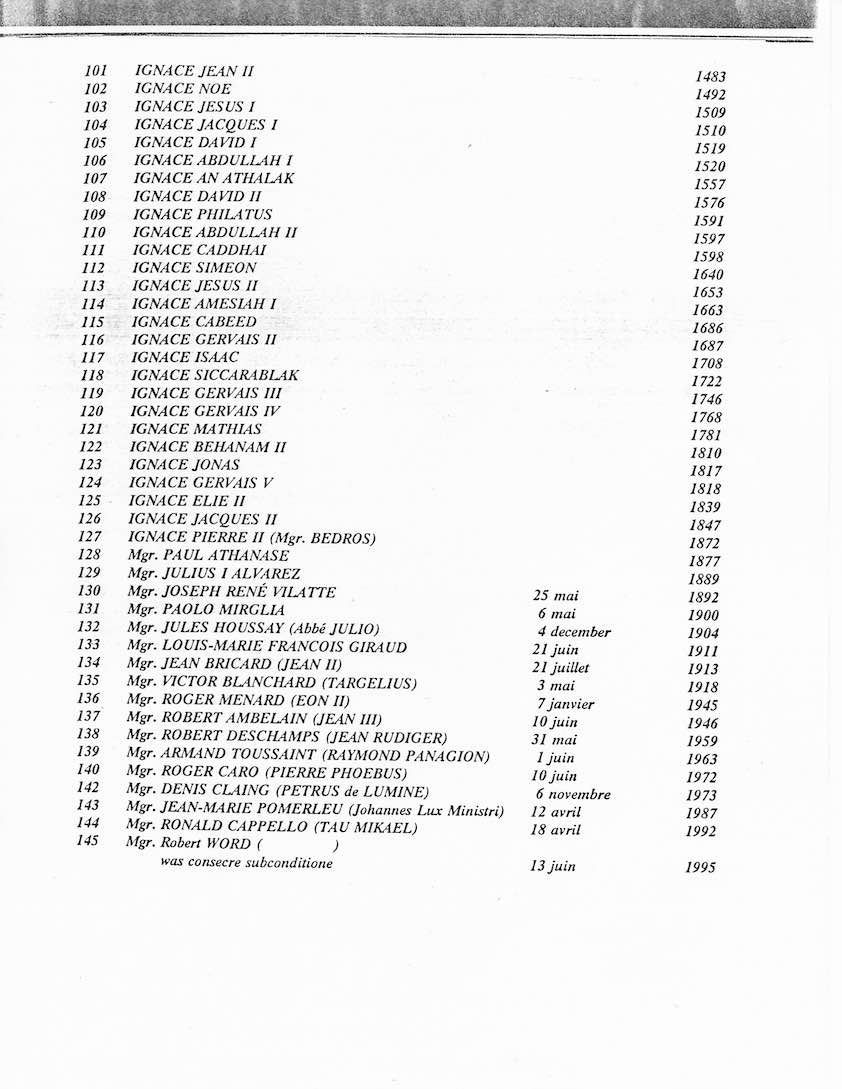