Succession of the Old Church of Utrecht

The conversion to Christianity of the Netherlands was chiefly due to the labors of St. Willibrord in the late 7th and early 8th centuries. After his consecration by Pope Sergius in 696, he established his Chair at Utrecht, which was forever after the Primatial See of Holland. Ultimately this authority became a Prince-Bishop of the Holy Roman Empire until 1528. At that time the Prince-Bishop, Henry of Bavaria, ceded the sovereignty to the Emperor Charles V. 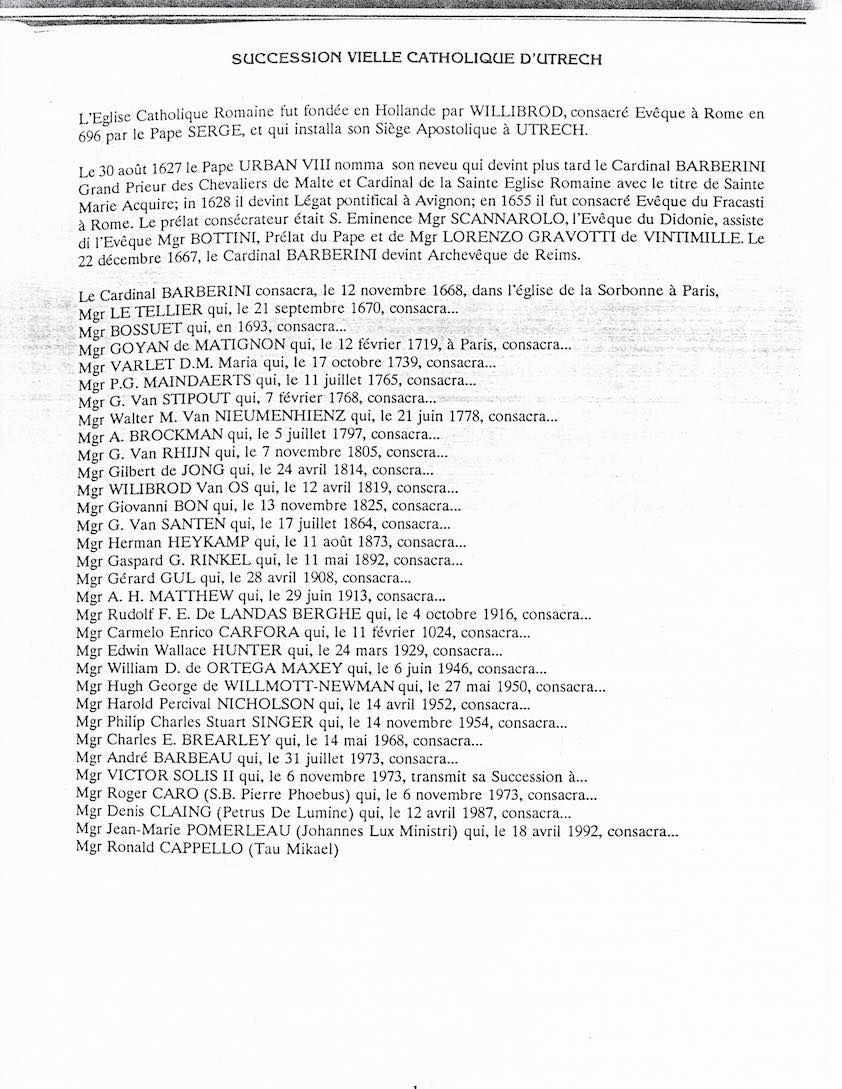