East Syria, Assyria, Persia and Mesopotamia were evangelized by St. Thomas the Apostle, assisted by St. Adai, one of the Seventy sent by Chris (Luke 10:1) and one of their disciples.  Proceeding from Palestine, they preached in those lands, and St. Thomas eventually reached India.

The Metropolitan of Seleucia-Ctesiphon governed the Persian Church from its earliest days, the twin capitals of the persian Empire, who was subject to the Patriarch of Antioch and of the East, but owing to difficulties of communication, the Patriarchal jurisdiction was delegated to the Metropolitan who was designated, “Catholicos of the East” (i.e., “holder of all”) and Patriarch.

The Syro-Chaldean Church (the official designation of the Catholicate of the East) at one time became the largest body of Christians in the world, extending throughout all Persia, Mesopotamia, India and China.  It was eventually reduced to small numbers by the barbarian invaders.  The Indian branch remained in communion with the Catholics until the Synod of Diamper in 1599, when the Latin missionaries forced the Indian Christians to sever their connection with the See of Seleucia-Ctesiphon and submit to Rome.

A number of them effected a union with the Syrian-Orthodox patriarchate of Antioch in 1665 and were constituted as the Syrian Orthodox Church of Malabar.  For approximately 250 years, though cut off from their historic center of jurisdiction, a faithful remnat was perpetuated, and it was not until 1862 that the Syro-Chaldean jurisdiction in India was restored; and in this manner: 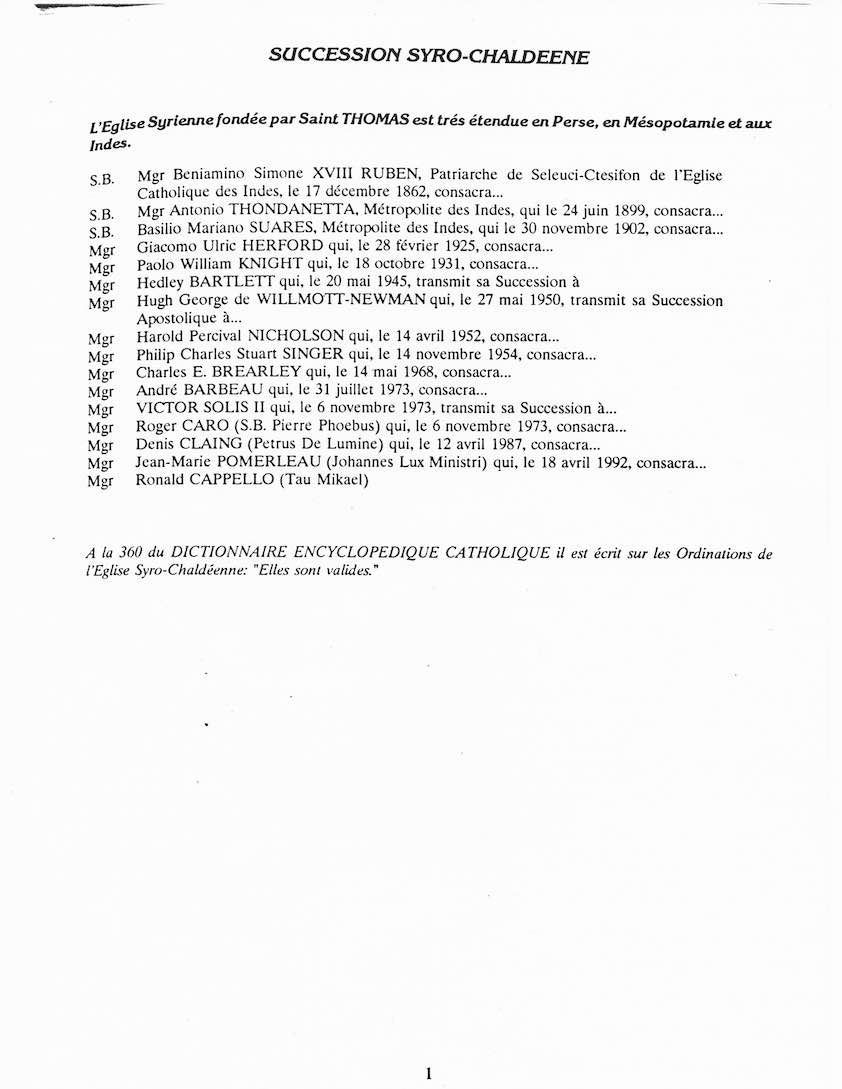